BMW’s MINI brand have teamed up with the legendary coachbuilders, Touring Superleggera to design this concept which debuted at the Villa d’Este car show in Italy. With some distinctive MINI features and a narrow waist, the MINI Superleggera is an open-top two-seater that is finished in a bespoke metallic blue paint. 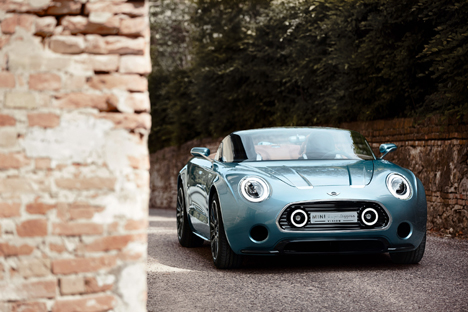 The MINI Superleggera Vision is on the one hand a classic roadster, a compact and agile two-seater, expressing a minimalist style; and on the other hand its electric drivetrain gives the car distinctly modern driving dynamics. 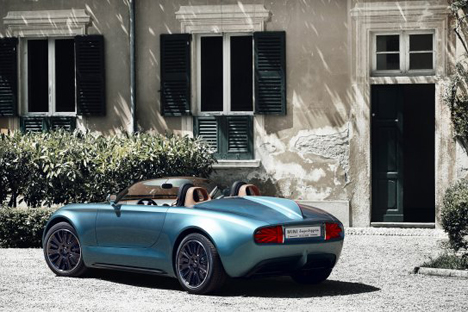 At first glance of the front you can clearly see features by the latest MINI hatch, like the grille and the LED ringed headlights. You can also see the iconic MINI bonnet stripes, albeit they’re subtly embossed in the metal, they’re there! But as you move round the cars exterior that’s where the MINI similarities end. 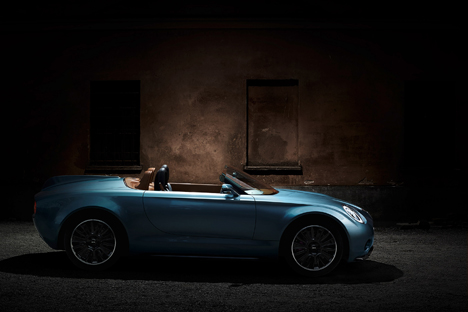 There are plenty of sports car flourishes to distinguish this model from the rest of the MINI line-up. It has that ‘Touring’ line that runs the length of the car which makes it look more aerodynamic to the MINI we are used to, it seems to add a bit of definition and a sense of style. Then there’s the low raked windscreen which we haven’t really seen since sports cars of the 60’s and 70’s, like the Jaguar E-Type and the Austin Healey. 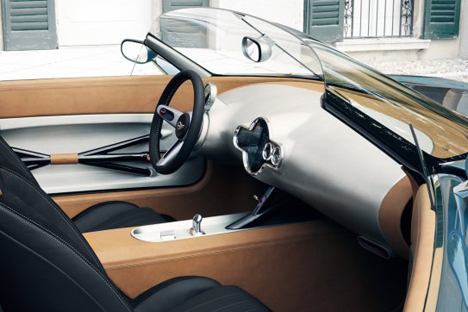 As you get to the rear of the car that’s where you completely forget that this even has anything to do with MINI. There seems to be some amphibious looking fin? Now I’m all for quirky but this I don’t quite get! In a statement released by MINI the ‘Italian-style fin’ has been incorporated to add ‘a touch of Italian extravagance’. But moving on and I have finally spotted something MINI'esque – the rear lights have the air of classic MINI quirkiness about them, they’re Union Jack inspired! 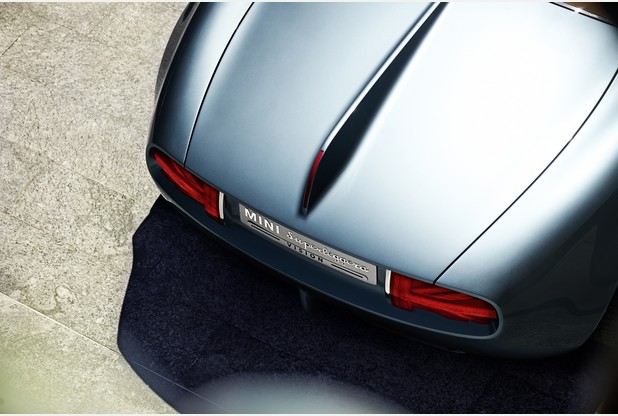 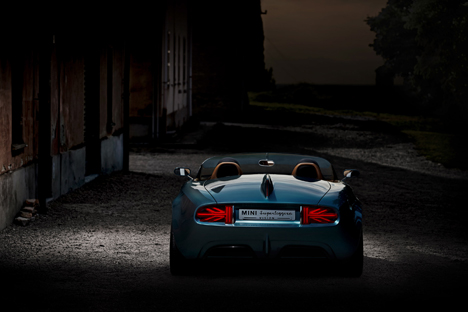 The interior is clean, simple and traditional looking of classic coachwork, yet stylish and modern. There is an untreated single aluminium sheet that has been left untouched. The steering wheel looks similar to MINI’s of late and there are structural elements revealed in the doors, discreetly indicating the form of a Union Jack. The centre instrument panel draws on MINI design styling with a touch-sensitive control panel. There are two circular instruments to the right which house the analog clock and the other a camera, which has the function of capturing those particularly worthwhile moments on the road… apparently. 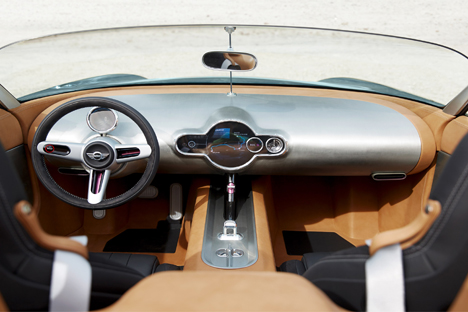 So, the facts. The Vision's been put together like a proper Superleggera (translation: superlight). That means that there's an alloy spaceframe (lots of thin alloy tubes) chassis, which is covered in large hand-beaten alloy sheets.

We feel it encompasses modern Britishness with a twist of Italian Flair!

Quote from MINI: "Handcrafted" isn't what usually comes to mind when you think of car manufacturing. The artisans behind this creative project explain what sets the MINI Superleggera™ Vision apart.

Finance from £156 per month