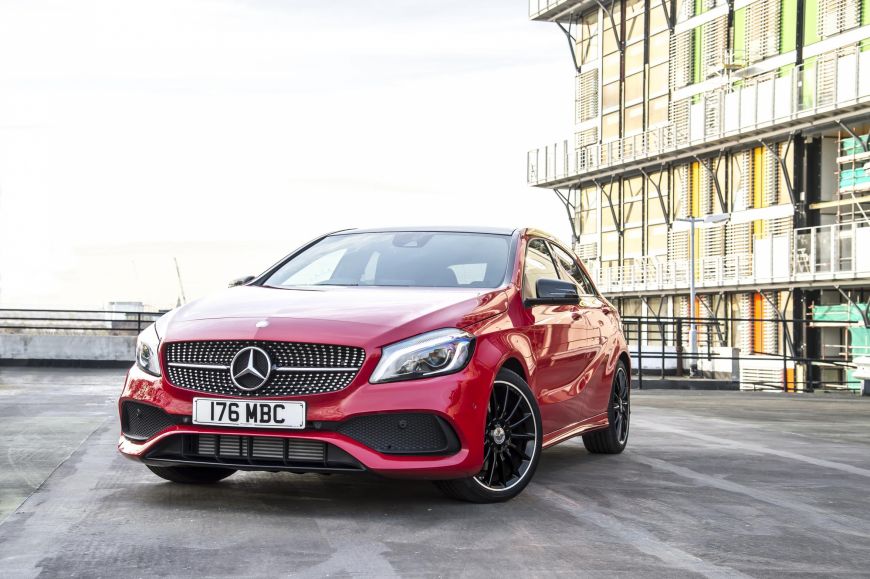 Mercedes A-Class: What is it?

The Mercedes A-Class is a compact, five-door family hatchback that, thanks to the three-pointed star glued to its grille, is a cut above more value-for-money offerings in the class, such as the Ford Focus and Vauxhall Astra. Here we’re focusing on the third-generation model offered between 2012 and 2018.

The A-Class rivalled the BMW 1 Series, Audi A3, Volvo V40 and Volkswagen Golf, but you could even count the hybrid-only Lexus CT and Infiniti Q30 as competition too. The latter, incidentally, used the A-Class for its underpinnings and shared its engines and tech.

Which one should you go for?

Thanks to being positioned at the more premium end of the family hatchback class, there was a wide range of models offered when the car was brand new – some 29 versions, to be precise. That now means there’s essentially an A-Class for every budget, but some models are better buys than others. 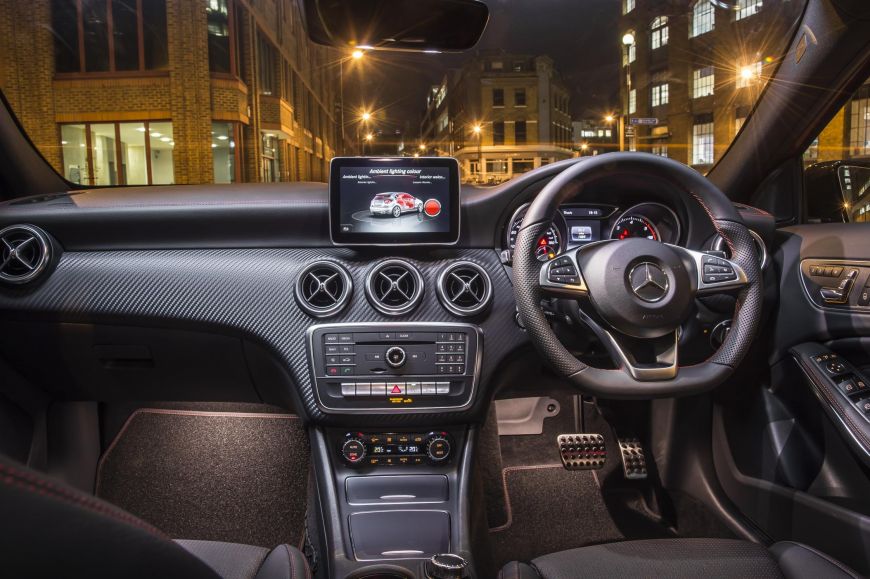 There’s a wide choice of petrol and diesel power, from ultra-efficient diesels to a rip-snorting AMG A 45 hot hatch variant. For petrol there was a 1.6 with either 122bhp (badged A 180) or 156bhp (A 200), or a larger 2.0-litre with 211bhp and badged A 250. Diesel power included a fuel-sipping 1.5 called A 180d (that claimed more than 80mpg and 84g/km of CO2) and higher output 2.1-litre versions with 136bhp and 177bhp offered. Some diesels had 4Matic (Mercedes-speak for all-wheel drive) as did the 360bhp (and later 380bhp) Mercedes-AMG A 45 hot hatch. This model had the distinction of being fitted with the world’s most powerful four-cylinder engine when it was launched in 2013.

As for pre-2015 models, we’d avoid the entry-level A-Class (which came with very non-Mercedes-like steel wheels and plastic wheel trims) and go for an SE or a Sport. AMG Sport cars had smart 18-inch alloy wheels but also run-flat tyres, which gave a harsh, brittle ride. If you’re looking at an A-Class registered from 2015 onwards, we’d opt for an AMG Line with the A 200 petrol and A 180d diesel as the best engine options. Post-2015 cars also featured more fuel-efficient engines, Dynamic Select (four driving modes – ‘Comfort’, ‘Sport’, ‘Eco’ and ‘individual’ – which tweaked engine, transmission, suspension, steering and air conditioning settings accordingly), better quality interiors and more technology. Look out for desirable optional equipment packs, too.

How does it compare to rivals?

You can thank the Audi A3 for the way the third-generation Mercedes A-Class looks. The VW Golf-based A3 debuted in the mid-1990s and looked largely the same as it does today. Meanwhile, over at rival Mercedes, the firm was launching the A-Class, which was more mini-MPV than hatchback.

For 2012, Mercedes adopted the more traditional hatchback look for its third-generation A-Class and, as such, counts the A3 (which has gently evolved over the years), the BMW 1 Series and Volvo V40 as its rivals. It’s the 1 Series which is most like the A-Class, however, thanks to its slightly more premium badge and similar levels of rear interior space (it’s a bit tight for tall adults). The BMW, however, is rear-wheel drive while the A-Class, like the Audi, is predominantly front-driven with four-wheel drive offered as an option. 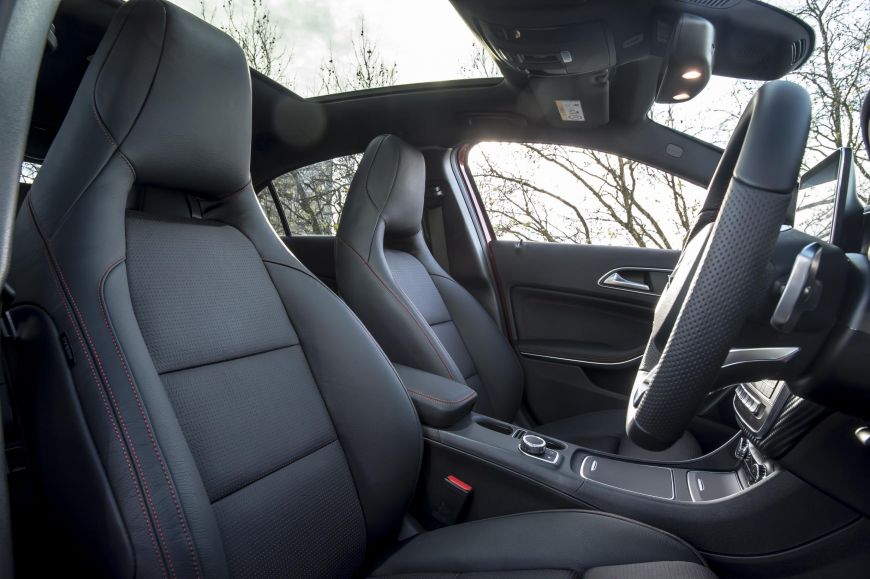 The Volvo V40 trumps the A-Class for safety technology, however, while the Lexus CT is a hybrid. If you like the A-Class but think it’s a bit too common, the Infiniti Q30 could be the answer. It used many of the A-Class’s components but was never as popular as the German car.

The A-Class spawned a couple of sister models, too. The GLA was an A-Class-based small SUV, while the CLA was essentially a four-door, coupe-cum-saloon version of the A-Class. There was even a popular mini-estate CLA Shooting Brake version offered as well.

What should I be looking for?

The 2012-2018 A-Class was one of the models that helped return Mercedes to its glory days of building high-quality cars. While the third-generation A-Class couldn’t be considered as one of the true greats from the Stuttgart-based firm, it was better made than previous models. There are relatively few faults; the only real complaints being dashboards and seat belt holders that rattle, but post-2015 models mostly addressed this. Buy an A-Class today from Imperial Cars and you can be guaranteed meticulous attention to detail by its preparation facilities, as well as an HPI check certificate and MOT.

How much will it cost me?

All third-generation models’ engines are chain-driven, which means you don’t have to spend hundreds of pounds on costly cam belt changes. You should be looking to spend around £200-£300 on a service for a petrol model, and budget a little more for diesel versions. The fourth service is the expensive one (circa £700) and the car should be serviced every 15,500 miles. Also, be sure to check the A-Class has had its recalls done – there were around seven between 2012 and 2016. 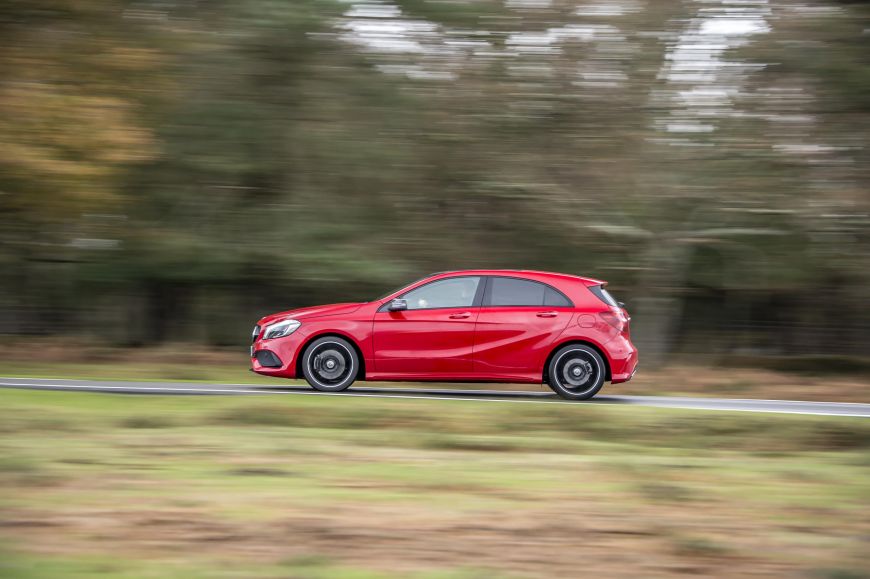 What do the press think?

Auto Express called the A-Class ‘safe, stylish and easy to live with’, while What Car? said ‘the A-Class grips well and feels flat and stable – a stark contrast to the preceding models’. Autocar said: ‘Visually, it is a sharpened arrowhead of a car; inside, it speaks to the quality and class of the badge. These attention-getting elements are intertwined with clever, cleaner engines, great proportions and dialled-in handling to jump-start the kind of enviable allure that has been absent from small Mercedes in the past.’

See our stock of Mercedes A Class.