The weird and wonderful cars of the 2019 Geneva Motor Show

The 2019 Geneva Motor Show has, as ever, seen the debut of new models from some of the industry’s most important manufacturers, be it supercars, saloons or SUVs.

However, the show floor at the Palexpo convention centre is often just as notable for the number of intriguing or even wilfully bizarre exhibits from firms small and large.

This year has been no exception, and here are the highlights from the more eccentric corners of the Geneva Motor Show. 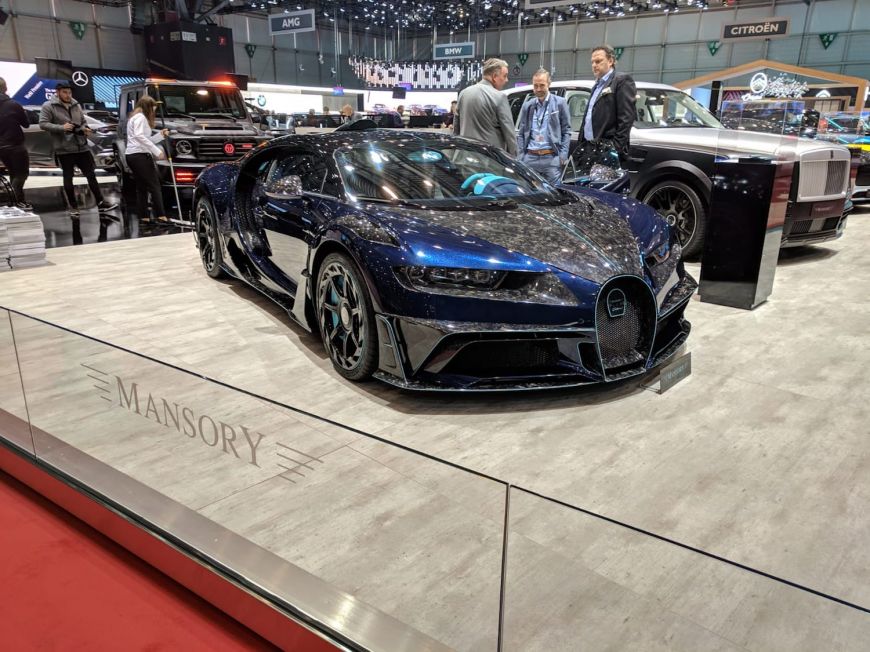 Famous – in some circles, infamous – for adding colour and styling flare to luxury and performance cars, the Mansory stand typically generates a lot of interest at Geneva.

This year, highlights at the from its stand include the Centuria - a Bugatti Chiron with a heavy dose of carbon fibre and aerodynamic appendages - as well as a garish mint green Mercedes S-Class.

Effectively a launch edition model, it is set to be limited to just 90 units, and will be marketed at a price of $599,000 (£456,836). Lightweight aviation aluminium and high-quality leather are used inside, making driving – or is that taxiing – to the shops a comfortable experience.

The first of the PAL-Vs are expected to arrive with customers in 2020. 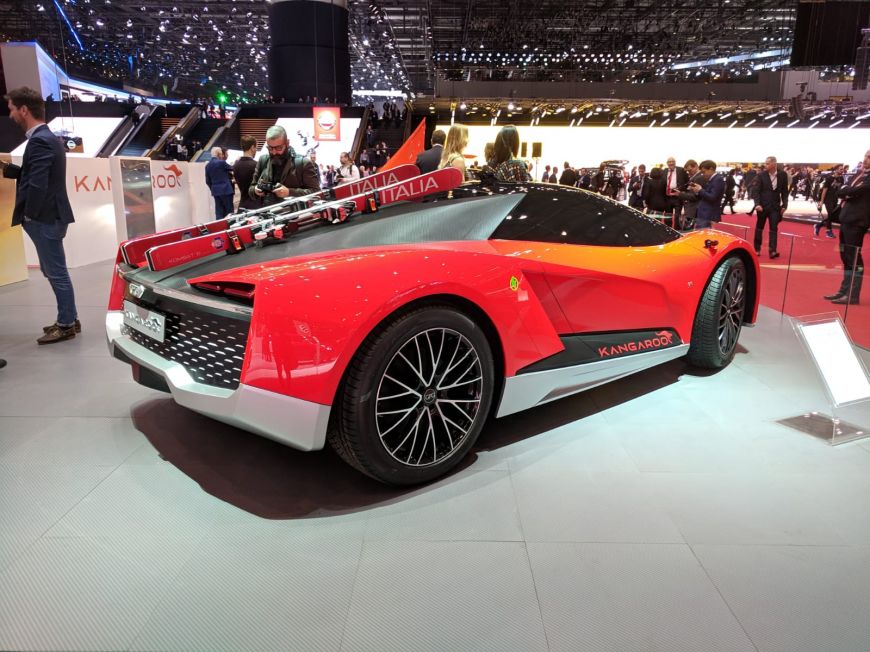 The brainchild of lauded car designer Giorgetto Giugiaro and his son Fabrizio, the oddly-named Kangaroo aims to be a supercar for all seasons.

Part supercar, part SUV and all-electric, the Kangaroo is an off-road focused machine with four-wheel drive, and an adjustable suspension that allows it to ride high in the mud, and hunker down to the road once more once you return to tarmac.

The Kangaroo is able to accelerate from 0-60mph in 3.3 seconds, and charge on to a top speed of 155mph thanks to its pair of motors, which generate a combined 483bhp.

Yorkshire-based firm Eadon Green uses a 6.2-litre LT1 V8 in this car, which is designed to evoke the sweeping coupes of the 1930s. The engine delivers 454bhp, and thanks to a lightweight carbon fibre construction, it can accelerate to 60mph from a standstill in a claimed 3.6 seconds.

Despite this, it comes as standard with an eight-speed automatic gearbox, suggesting it is meant to be a grand tourer above all else. Have no fear, a seven-speed manual is also available.

Here’s some proof that it’s not just the small manufacturers producing fun-looking machines for motor shows.

This concept is built as a futuristic take on the Beetle-based beach buggies which helped make Volkswagen a quintessential part of California surf culture, and is powered by a rear-mounted 202bhp electric motor.

While it has all the hallmarks of a fun way to showcase electric cars at a concept level only, there are talks of a limited production run from VW in collaboration with low-volume production start-up e.Go Mobile.

The Golden Sahara II is not new, but it is certainly eye-catching.

An extremely early take on the autonomous vehicle, the Sahara was a concept car built by Goodyear and legendary Hollywood custom car magnate George Barris.

It debuted in 1954, features included voice control, remote-control doors and a set of translucent, synthetic rubbers, which were built as part of a study into increasing cars’ visibility in poor conditions.

Having rusted away for 50 years, it has now been restored and is taking pride and place at Goodyear’s Geneva stand.