Following Sunday night’s episode of Top Gear where you saw Richard Hammond putting the Mercedes 6 Wheeler the G63 6X6 through its paces, I’m sure we weren’t the only ones to notice the Dubai’s Police forces Lamborghini Aventador? We wondered what other super cars they had in their fleet. What we found will amaze you!

The array of cars is outstanding! It’s a petrol heads dream to own such a fleet of luxury sports cars, even better to be able to chase the speeding drivers and entertain the tourists! They boast an unparalleled car collection including the £1M Bugatti Veyron, Ferrari FF, a very rare Aston Martin One-77, McLaren MP4-12C, Bentley Continental, Mercedes SLS Gullwing, Chevrolet Camero, Mercedes G-Class Brabus, Nissan GTR, Audi R8, Ford Mustang, Mercedes SL63 and an electric Renault Twizy???

Pretty impressive line-up by anyone’s standards but why the 50MPH Renault Twizy? Is this a conscious effort to appear ‘green’ and not just to show off in Super cars? Or is this more of an entertainment factor?

The tiny electric car has already been tested by Dhahi Khalfan Tamim, Lieutenant General and Chief of the Dubai Police Force. 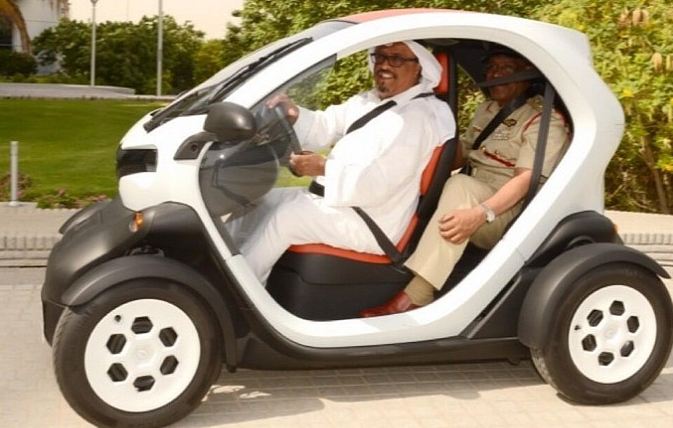 Finance from £188 per month

Finance from £177 per month