Advances in technology and increased availability have made electric cars a viable way of cutting your travel costs. Recent improvement of electric car batteries have resulted in the production of less expensive vehicles that stay charged for longer - some for up to 300 miles. Additionally, charging points are becoming more available as well as incentives for fitting home charging points, adding to the electric car’s appeal.

If there wasn’t motivation enough to consider electric cars, government proposals to create clean air zones in 5 UK cities by 2020, one of which is Southampton, could see benefits such as priority at traffic lights given to electric cars in order to encourage buyers to choose cleaner vehicles.

We are pleased to have several BMW i3 electric cars currently in stock at Imperial Cars. Compact, fantastic quality, ultra-cheap to run and of course environmentally friendly! Why not come and take a closer look at this futuristic car: 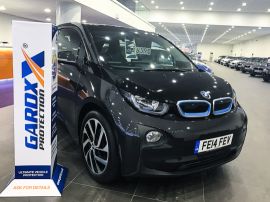 We hope to see more exciting electric cars available at Imperial Cars in the near future.