The 2013 MotorTrader Top 50 Independent Dealers survey shows a used car retail sector in recovery despite the limited supply of retail ready vehicles. Despite difficult industry trading conditions experienced in previous years Imperial Car Supermarkets have risen to number 19 in the latest MotorTrader commissioned report of the UK’s Top 50 Independent Used Car Retailers. Primarily this is due to increased turnover and a more customer centric approach. This is testament to the commitment and effort shown by all staff and directors which is focused on the continued development and expansion of the business. 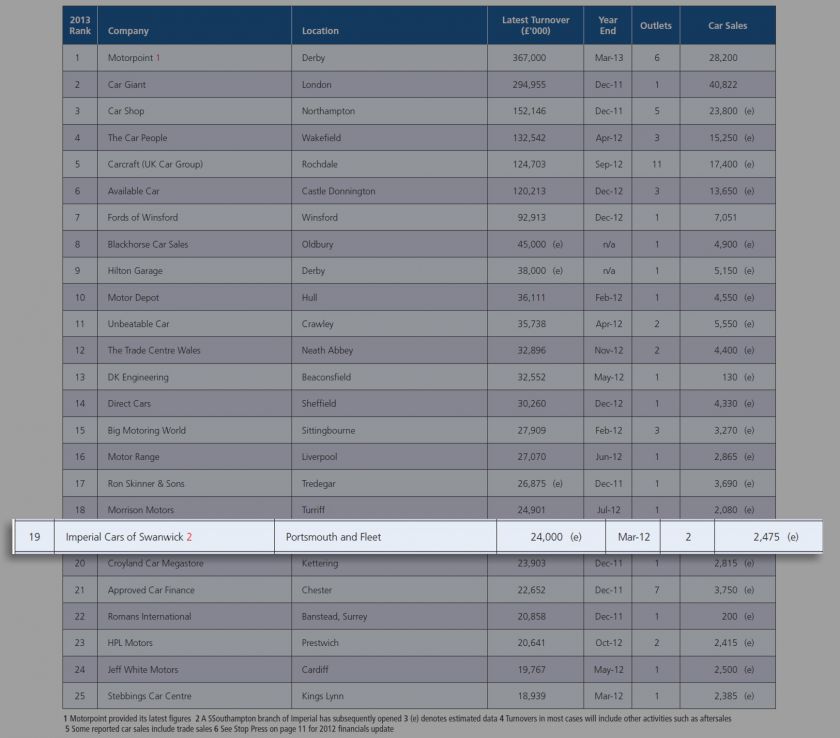 The survey conducted by MotorTrader produced the following statistics:

The independent used car retail sector has emerged from the recession in robust form with profitability levels significantly up amongst some of the biggest players in the market.

The latest Motor Trader Top 50 Independent Dealers Survey reveals a sector which in 2011/2012 emerged from four years of declining sales and strangled supply of good quality ready-to-retail used cars. The sector remains hugely diverse in terms of size and product profile, with consolidation seeing a growth in turnover and geographical spread of the big car supermarkets.

The MT Top 50 ranges in turnover from this year’s entry point of £7.5m to £367m, a reflection of the diverse make-up of the sector, which ranges from standalone sites to groups with increasingly national aspirations. We estimate the size of the independent universe at around 4,500 sites, most of which are small low turnover single-site businesses, making our focus on the Top 50 players a more representative yardstick for the health and well being of the retail used car sector.