Imperial Car Supermarkets are pleased to have supported Northampton Town Football Club throughout the season. Incredibly, since sponsoring the new dugouts, the team have lost only one League game and consequently have gone on a run that ended as them being crowned League 2 champions. As proud partners of Northampton City Football Club, we look forward to following their progression in League 1.

Director Neil Smith was lucky enough to get his hands on the club’s League 2 Championship Cup. 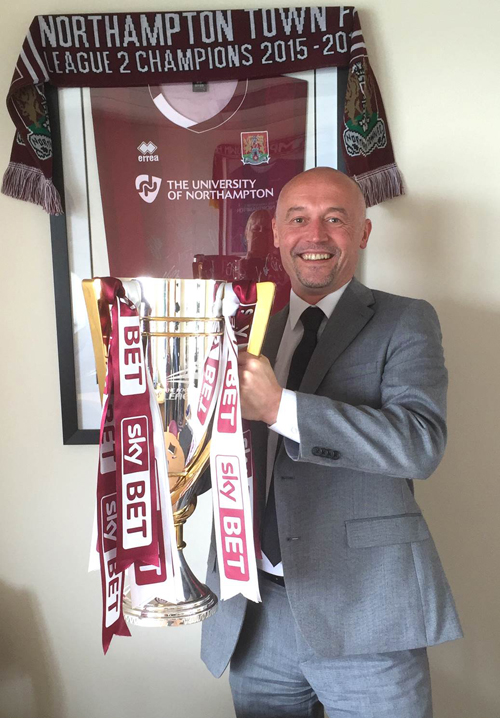 Some more news from Northampton: Imperial Car Supermarkets are delighted to introduce Paul Cross, pictured below, who has recently been promoted to Sales Manager at our Northampton showroom. Paul has extensive experience of the automotive industry, having previously worked for BMW and MINI in a variety of roles including General Manager for Northampton’s first standalone MINI dealership (during which it ranked in the top 3 MINI Dearer worldwide), as well as working as the Corporate Manager and Group Company Buyer. Paul is a highly valued employee who has been with us at Imperial Car Supermarkets Northampton since day one and we wish him the very best in his new role. 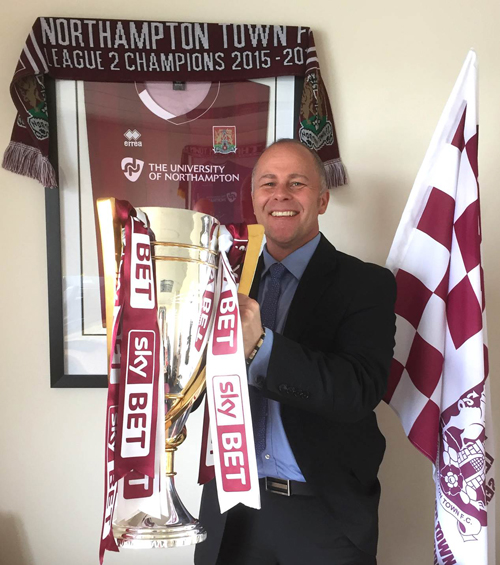