The Swedish specialists Koenigsegg have taken hypercars to the next level with the Agera One:1. The Koenigsegg One:1 was first presented at the 2015 Geneva Motor Show. The name One:1 comes from the power to weight ratio, i.e. power (1361 HP) to weight (1361 kg) ratio giving the car 1 PS per 1 kg weight. The 1361 HP power output is the equivalent to one megawatt, which Koenigsegg claims makes the One:1 the ‘world’s first megacar’!
The Koenigsegg One:1 is fitted with a variant of the same 5.0-litre twin-turbocharged V8 engine used in all Ageras. The total weight of the engine is a crazy 197 kg (434 lb) thanks to a carbon fiber intake manifold and the aluminium construction. There is also a Le Mans-inspired active wing configuration that produces around 600kg of downforce.
The top speed of this car is around 273mph and it will go from 0-60 in 2.8 seconds! Instead of speed, Koenigsegg says that the One:1 is meant to be a “track focused car”. Andreas from Koenigsegg said - “We didn’t set out to build the Agera One:1 as a top speed car, so that theoretical 273mph was a bit of a gift to us”. It’s proved to go from 0-186-0 in just 17.95 seconds.
If you want one I’ve got bad news for you, they’re all sold out! 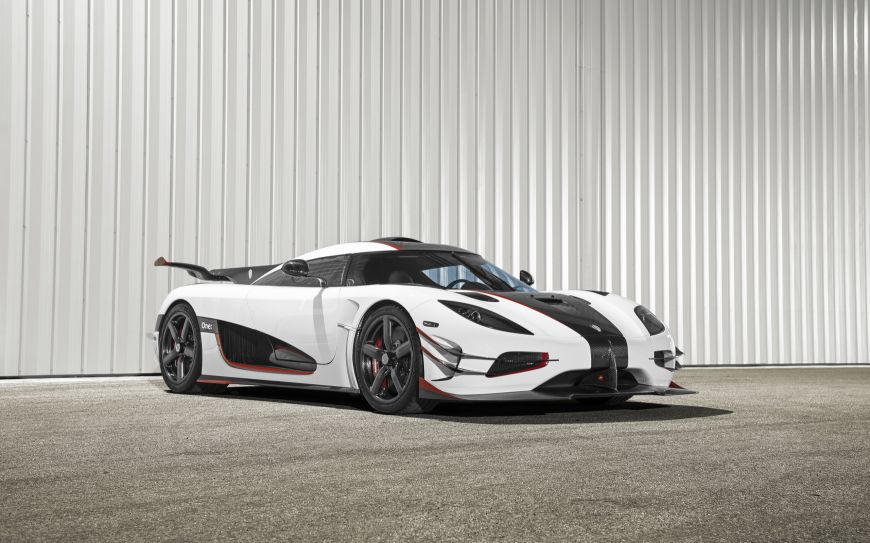