Imperial Car Supermarkets are humbled to be sponsoring the Purple Gala Ball in conjunction with Eleanor’s Voice. Held at Hilton at Ageas Bowl, Hedge End, Southampton on Saturday 27th February.

In late 2014, aged 3, Eleanor’s parents noticed that her eyesight was deteriorating. On 9th January 2015, after lots of tests they were advised that she has a brain tumour. Eleanor’s tumour is inoperable due to its location, otherwise known as a Hypothalamic Glioma (Pilocytic Astrocytoma). Eleanor has since lost her eyesight and is learning to use a cane to assist with her independence. Since January she has been undergoing chemotherapy and will continue to be treated and tested until well in to her teenage years, or until another therapy is available. 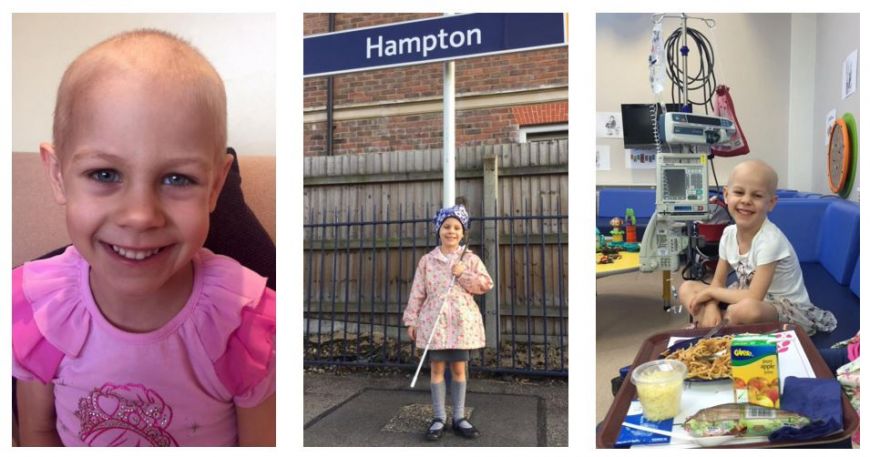 Eleanor’s family want to raise awareness of the benefits of early diagnosis. Eleanor didn’t have any other symptoms, she didn’t complain about any pain or dizziness, or feeling unwell, which surprised the doctors.

Eleanor’s family home is in need of modifications to cope with Eleanor’s changing needs; as she grows it will become harder for her parents to carry her when she is sick after her Chemo. There are a few changes that are required to their home which would make a big difference to this family.

For this reason, we are supporting The Purple Gala Ball in order to raise funds for Eleanor’s voice.

On the night you’ll be greeted with Champagne and Canapes, enjoy a sumptuous three course meal followed by coffee and biscuits.

After dinner, there will be an auction to raise money for Eleanor and her family.

This unique auction will feature some fantastic lots! Already donated are celebrity and sports personality signed merchandise, books, holiday accommodation and amazing experiences - most of which aren't available on the open market! Remember to bring your cheque book!

After the auction, guests will be entertained by Marley Blandford and The London Function Band!

You can buy tickets here