We’re going back to the 80’s, where the fashion was bad, hair was big and hot hatches were on point!

When you think of hot hatches from the 80’s cars that spring to mind are the Golf GTi, Astra GTE, Uno Turbo and Escort XR3i. But there are 2 in particular that cause a stir in the office at Imperial HQ. In one corner we have the widow maker; the Peugeot 1.9 GTi. In the other corner, the penultimate Renault 5 GT Turbo!

So let’s get a quick break down of these mighty mini warriors;

So were you team Peugeot or team Renault?

“The only good thing to ever come out of Peugeot was a push bike” is how he started our conversation! In case you didn’t know, Mike has a Renault background as a sales manager back in the (dare I say it) 80’s.

Mike owned a ‘Reny 5’ just like the white one below

Sales support manager Kelly was a 205 GTi owner, who I can only but imagine to be donning the classic 80‘s Madonna’esque hairstyle at the time… 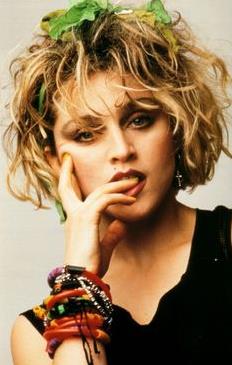 Kelly’s response to Mike was that “the Renault 5 had about as much pulling power as Mike’s briefcases”. Brave move Kelly!

Kelly owned a white 205 GTi very similar to the picture below.

Now enough of the fighting talk, let’s get down to business.

On paper there’s not much in it between the two cars. Both have a sub 8 second 0-60 time, similar BHP other than the engine size and the Renaults turbo the only real difference is the Peugeot was packing a few extra pounds!

Some say that the GTi was the saviour of Peugeot, a notorious hatch of its decade. Others called it the ‘Widow Maker’ due to its reputation from the dangerous lift-off oversteer as you hurtled round those corners on a fun B-Road. Nothing a set of decent (modern) tyres and a suspension brace wouldn’t sort these days (or a couple of clicks down on the rear torsion bar). But for some, this was part of the appeal with the 205. The build quality was rather good too in comparison to some of the above aformentioned cars.

The Renault 5 GT Turbo produced some fantastic performance figures thanks to its low weight. Renault took inspiration from its F1 car, and strapped a Turbocharger onto the 1.4-litre pushrod four-cylinder engine in the earlier Gordini, but it wasn’t until the 1985 ‘Superclinq’ facelift, the even more impressive GT Turbo really made a mark.  A bit like Mike, the Renault 5 GT Turbo was a pugnacious little thing when it came to getting its point across. That 120BHP from the little 1.4 Turbo engine was a force to be reckoned with combined with the cars squatted stance. And that’s before the turbo was inevitably tweaked.