Get UP! The Imperial team are Jetta off to play Golf with Sharan!

At Imperial Car Supermarkets, we see a lot of Volkswagens. Known for their reliability, longevity, good build quality and strong used values, a Volkswagen makes a wise choice as a used car purchase. But which one should you choose? We set out to understand the current model range. 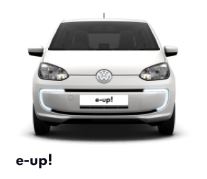 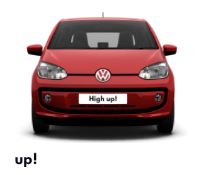 Volkswagen's award winning super-mini is a tiny, frugal little thing with a 1.0 3-cylinder engine. With a wheelbase of just 95inches and room for four adults, it's the perfect tool for tootling around Topsham. Or any other town, for that matter. Do you know what else we love about this car? It's the only one we've ever known to use an exclamation mark in it's name.

The Volkswagen Polo has been around since 1975, and in the last 50 years, it's grown somewhat! The 2015 Polo is a stylish hatchback available in three or five-door variants with a range of different engines. Drivers looking for a little more excitement are catered for by the Polo 192bhp GTI, which features a 6-speed manual or 7 speed DSG gearbox. 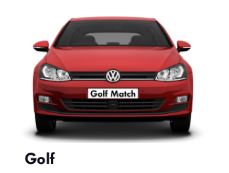 Ah the trusty Golf, the car that's been the benchmark for mid-size passenger vehicles since 1974. The Golf is available as a hatchback, an estate or a saloon, except you're not allowed to call it a Golf Saloon; you have to call it a Jetta. Unless it's a Bora. Or indeed an Atlantic, Fox, Vento, City Jetta, Jetta City, GLI, Jetta, Clasico, Voyage or Sagitar, depending on what country you're in... But let's be honest, it's a Golf with a boot. 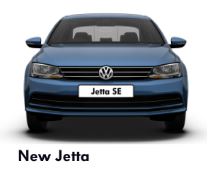 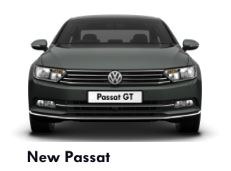 "Passat Volkswagen brochure over here will you? I want to look at the Large Family Car section". Yes, that's right, the Passat is Volkswagen's attempt to get Mondeo Man to hang up his Ford keys. As one of the most popular cars at Imperial Car Supermarkets, we know a thing or two about these Passats. Available as a saloon or estate, the Passat is frugal, well equipped, well made and a big seller in the UK. 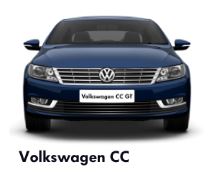 Longer, lower and wider than a Passat, the sporty looking CC is a very well-proportioned and stylish saloon that combines elegance with practicality. The CC in the name stands for 'Comfort Coupe'. 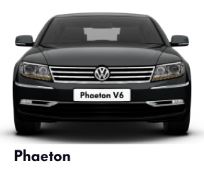 You may know that the Phaeton is Volkswagen's full-size luxury saloon, but did you know that it was designed to sit at 186mph all day long? Yes, you read that right. When Ferdinand Piëch commissioned the car, he gave his engineers a list of things that the car should be able to do... And that was one of them. Sadly, the insane W12 engine is no longer available, so you'll have to make do with a V6 instead. 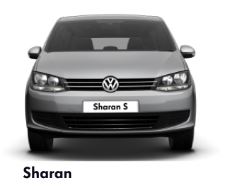 The Sharan is Volkswagen's 7-seat load lugger, a multi-purpose vehicle which is great for families that have outgrown the 5 seat Passat! 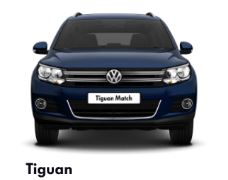 Little brother to the Touareg, the Tiguan is a lifestyle vehicle with a range of capable engines. Available as 2 or 4 wheel drive.

Volkswagen's full time four-wheel drive Touareg is built on the same platform as the Audi Q7 and Porsche Cayenne. It offers permanent four-wheel drive and a range of trim levels. Although now only available as a V6 Diesel, older models were offered as high-powered petrol and diesel engines, including the 350bhp R50 diesel and the 450bhp W12 petrol engines. 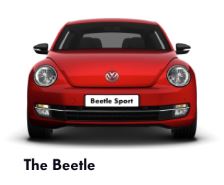 Back in 1938, the Beetle helped launch the Volkswagen brand we know and love. The car remained competitive in virtually its original form until the early 1970s, when it passed on the mantle of 'The Peoples Car' to... Yes, you guessed it, our friend the Golf. In 1998, Volkswagen reintroduced the Beetle name, using the same chassis as the Golf and a range of front mounted engines. The fashion focused vehicle competed with the likes of the Mini Cooper, before undergoing a complete overhaul in 2011. 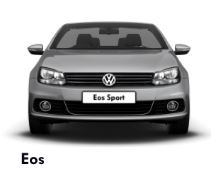 The Eos is an elegant convertible that uses a 5 piece folding roof mechanism. Built on the same platform as the Golf, the Eos replaced the Golf Cabriolet, and features different styling to the hatchback car. 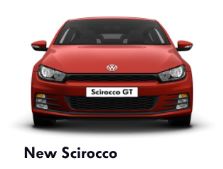 Another name that hit UK roads in the 1970s and has since been revived, the Scirocco as we know it launched in 2008. It's a 3 door hatchback with coupe styling, sports car stance and a range of engines that include frugal diesel units and of course a high performance 265bhp petrol option.

At Imperial Car Supermarkets we stock a range of Volkswagen models. There’s always a variety of Passats, Golfs and Sciroccos to choose from, so speak to our team and we can find the Volkswagen for you.