If we say 'Five Thirty', do you think three-litre German saloon or home time?

With so many cars in the BMW line up, it's easy to be baffled by the badges on Beemers... But never fear! Imperial Car Supermarkets are here, and we're going to show you that understanding the BMW range is as easy as One Two Three.

In 2014, BMW split the 1 Series range in half. The 5 and 3 door hatchback models remained badged as 1 Series, whilst the 2 door Coupe and Convertible models became the 2 Series. Two additional models, the Active Tourer and Gran Tourer joined the 2 Series range in 2014. The Tourers are grown up versions of the five-door hatchback, and feature more cabin space thanks to the higher roofline.

Are you getting confused yet? No? Great, then we will continue!

Introduced back in 1975, the 3 Series is one of Britain's most popular cars. In 1975 it was available as a two-door only, but fast forward 40 years and the 3 Series range features a four-door saloon a five-door estate and a Gran Turismo. The GT combines the best bits of both a saloon and an estate, with sleek ‘fastback’ styling and ample space.

Until 2014 the 3 Series range also included a Coupe and a Convertible, but can you guess what those are called now...?

Ah, well done, you guessed! That's right, the 4 Series includes the two-door Coupe and two-door Convertible versions of the 3 Series.

Where it gets a bit more baffling is with the 4 Series Gran Coupe, which is like a saloon but with a lower, sleeker rear roofline…

The BMW 5 Series pre-dates the 3 Series by three years, first appearing in 1975. Like the 3 Series, in 2015 it's available as a traditional four-door saloon, a five-door estate and of course the Gran Turismo, which you now know is a stylish combination of saloon and estate.

The largest Coupe in the BMW range is badged 6 Series. This luxury sports car comes in both coupe and convertible form, and yes, you've guessed it... as a Gran Turismo four-door saloon coupe combination. The Gran Turismo takes the style of the smaller Coupe and adds the versatility of more space and an extra set of doors.

BMW's large luxury model is the 7 Series, a four-door saloon available in both regular and long wheelbase variants.

The X Series is BMW's 4x4 range of vehicles. The cars with odd numbers (X1, X3, X5) are full-size five-door hatchbacks, whilst the even numbers (X4, X6) have sporty sloping rooflines.

No range would be complete without a true, rear-wheel-drive sports car, and the Z4 is just that. With a folding hard or soft top, the little roadster has been a popular feature on British roads since BMW launched the Z3 back in 1995. 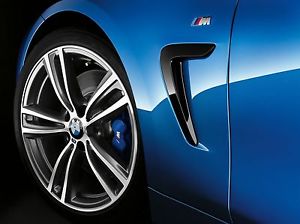 BMW M Cars are the high performance vehicles of the range, touched by the magic wand of BMW's Motorsport division. There are M versions for most of the BMW range for those drivers who need the hi-octane thrill that comes from having oodles of horsepower on tap.

So, there you have it, a complete rundown of BMW's current model range. Didn't we say it's as easy as counting to 7?

If you are looking to upgrade your car, and want to experience what the 'Ultimate Driving Machine' really feels like; then speak to the team at Imperial Car Supermarkets - We can find the right BMW for you.