Imperial Car Supermarkets proves that being social is good for business

Used car dealership group is voted one of the most influential dealerships on social media by two different polls.

Imperial Car Supermarkets has been named one of the most influential car dealerships on Twitter and social media by two independent polls in the last week. Specialising in selling top quality used cars such as Audi, BMW, Mercedes-Benz & Volkswagen across Hampshire & Northampton, Imperial Car Supermarkets topped the ranking on Auto Trader’s list of the most social media savvy independent dealers by more than ten points. Just as impressively, we also came in third overall in Car Dealer Magazine’s Top 100 most influential dealerships on Twitter. 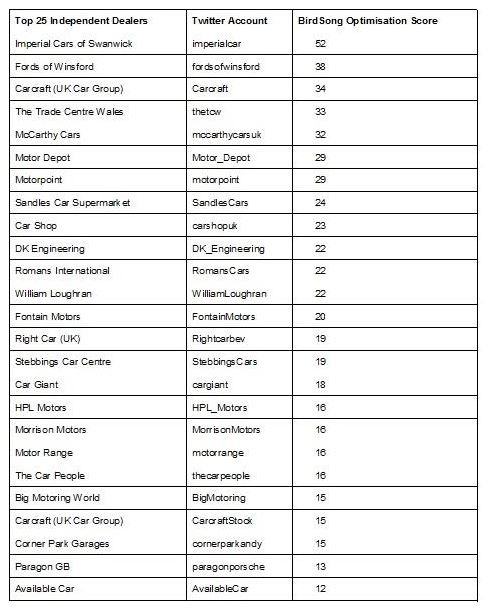 Auto Trader’s results were based on research by social media analytics platform, Birdsong, which ranks dealers on presence, engagement in and out of office hours and regular activity. In comparison, Car Dealer Magazine used the more mainstream ranking system of Klout that relies more heavily on the retweets, interactions and engagement within the car industry to determine a certain level of online influence. Imperial Car Supermarkets high scores on both polls showcases just how widespread the dealership group’s social media activities are across platforms such as Twitter, Facebook, Google+ and many more.

Lauren, who is the Marketing Communications Controller at Imperial Car Supermarkets, is delighted that their social media campaigns are continuing to bear fruit saying: “Engaging with our customers is a hugely important part of our business and social media happens to be a great way of communicating with our current, past and potential customers. We focus our social media streams on being not just informative, but sharing visually rewarding and fun content too that people want to be part of; so it really is great to see our quality used car showroom brand flourishing online”.

You can search for your next car at Imperial Car Supermarkets here;

So come and join us online and see what all the fuss is about!